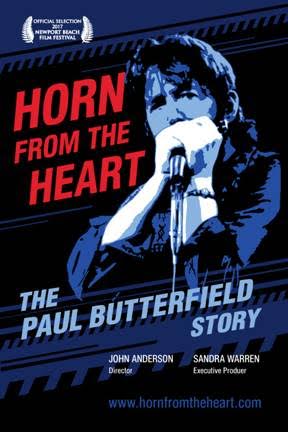 Ed Gallucci has contributed 9 photographs to appear in the documentary April 20-27, 2017 at The Newport Beach Film Festival.

The documentary film about Paul Butterfield is by John Anderson with PVB, LLC called “Horn From The Heart: The Paul Butterfield Story.” The film is an Official Selection at the 2017 Newport Beach Film Festival and will have its World Premiere on Friday April 21 at 5:15pm at the Island Cinema, 999 Newport Center Dr., Newport Beach, CA 92660. There will be a second showing at the same theater on Tuesday April 25 at 2:30pm. More details can be found on the film’s website: hornfromtheheart.com and on the Festival’s website: newportbeachfilmfest.com